English country houses come in all shapes and sizes, and many have evolved over centuries, transforming from one form to another as time passes by.  Some started from humble beginnings, while others were grand from the off.

In this article we’re going to explore the suffix of the country house and whether they can give us a clue to a building’s past.  Grange, Hall, Park, Villa, Manor, Grove and House are all such examples.  But what do they mean?

A Grange is usually a large farmhouse with farm buildings and grain stores attached.  It is likely that the term Grange originally stemmed from a time when England’s land was divided up as part of the monastic system, with monastic granges being outlying landholdings owned by monastaries and Cisterian monks.  So essentially, a Grange was an agricultural outpost, and where there was a Grange there was often a much larger ‘mothership’ house, often an Abbey or Priory, nearby. The theme of being a ‘religious outpost’ stuck up to the Victorian period when a vicar or landowner would often live in the Grange.  As land was sold off over time by Abbey’s and the church, Grange’s became independent houses.

The origin of the Hall house is a fascinating and ancient one stemming from Anglo Saxon times.  The original hall buildings were meeting places and they usually comprised of four walls, a roof and a fire around which to gather.  Because of the fire they usually had very tall ceilings which were often later filled in with floors which were added to as the hall’s original use as a public meeting space diminished.  The retro-fitting of additional floors, with rooms and extensions, allowed users private spaces and meeting rooms, and as a consequence the layout of a Hall can often be complex as they were usually developed in a piecemeal ad hoc fashion.

Unike the Hall which often started from relatively humble beginnings as a meeting place, the Manor was none-such place and was orginally the main house of the lord of the manor with the house forming the administrative centre of a manor in the feudal landlord system.  Somewhat confusingly, a manor might have originally sarted as a hall, promoting itself to a manor to rid itself of it’s humple past.  A manor was usually the centrepiece of that area’s adminstartive heart.  The older manor houses often have a geat hall where meals with tenants or great banquets were held.

The origin of the Park was often the park itself, usually an exceptional plot of land which suited the addition of what was usually a home of magnificent or stately size.  Often the original Park was owned by royalty or a feudal landlord, and it would have been where they went to hunt deer to feed his household.  Park houses often still retain a stock of deer as a nod to the past, with many herds believed to be made up from from the original lineage. 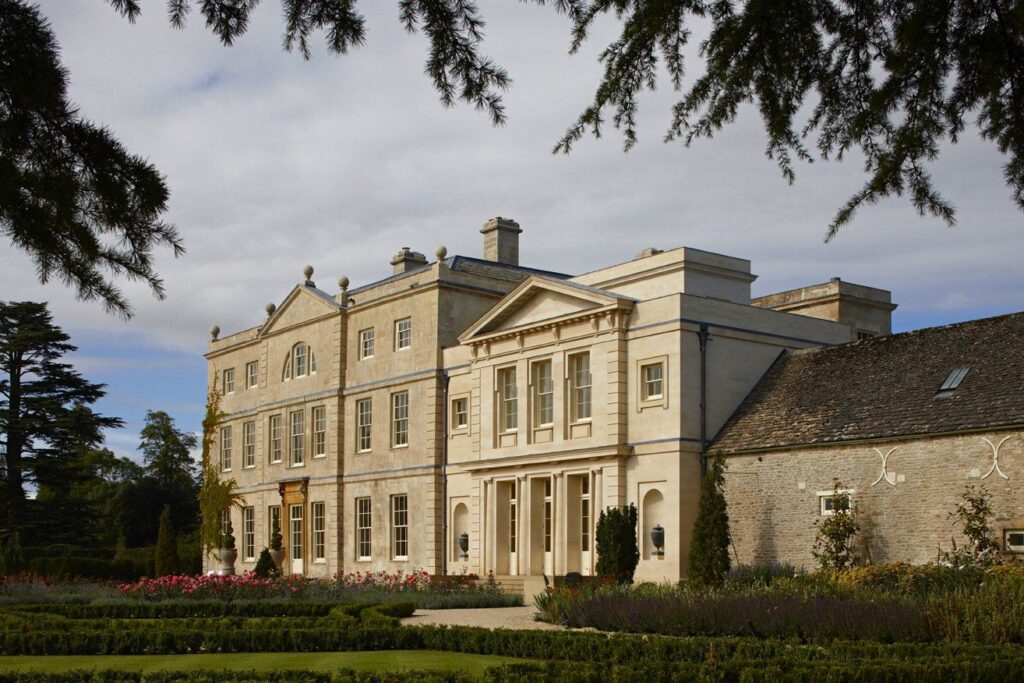 It’s not surprising to learn that the Villa suffix stems from Europe and the Roman occupation of England, and it principally means large luxurious house with land.  These days it’s not commonly used as a suffix to a house name, but more often used as a way of decribing a neo Italianate classical house, of which there are many in towns like Cheltenham and Bristol (below).  They often had palatial proportions, arched windows and sometimes towers with gently sloping roofs.

Curious? It’s our mission to create rooms in building like these which will become a long term part of their architectural futures.  If you have a Grange, a Manor, a Park of a Hall, we’d love to hear about it.