We are happy to be able to share details of a recently completed project on an early 19th-century Georgian library in Dublin.

The owners of the property in question, an exquisite Georgian townhouse, wanted a large Georgian library to form the main part of their raised ground floor living space. The client, Jean Flitcroft of Interior Designers Leon and Croft, wanted the room to look understated, elevating the books as the heroes of the room. The brief to Artichoke was to update the space without compromising its historic charm and value.

When designing libraries into period settings, we aim to integrate our work with a building’s original architectural joinery, and in this case the grand townhouse room, built in 1819, presented itself beautifully. A section of the original Georgian dado was stripped of years of paint build up to present its original crisp lines. This was then copied and integrated along the face of the Georgian library bookcases to make them appear more architectural. The perfect location of the door into the room also allowed the library furniture to span both sides of the opening, giving our team the opportunity to integrate the architrave into the library furniture. 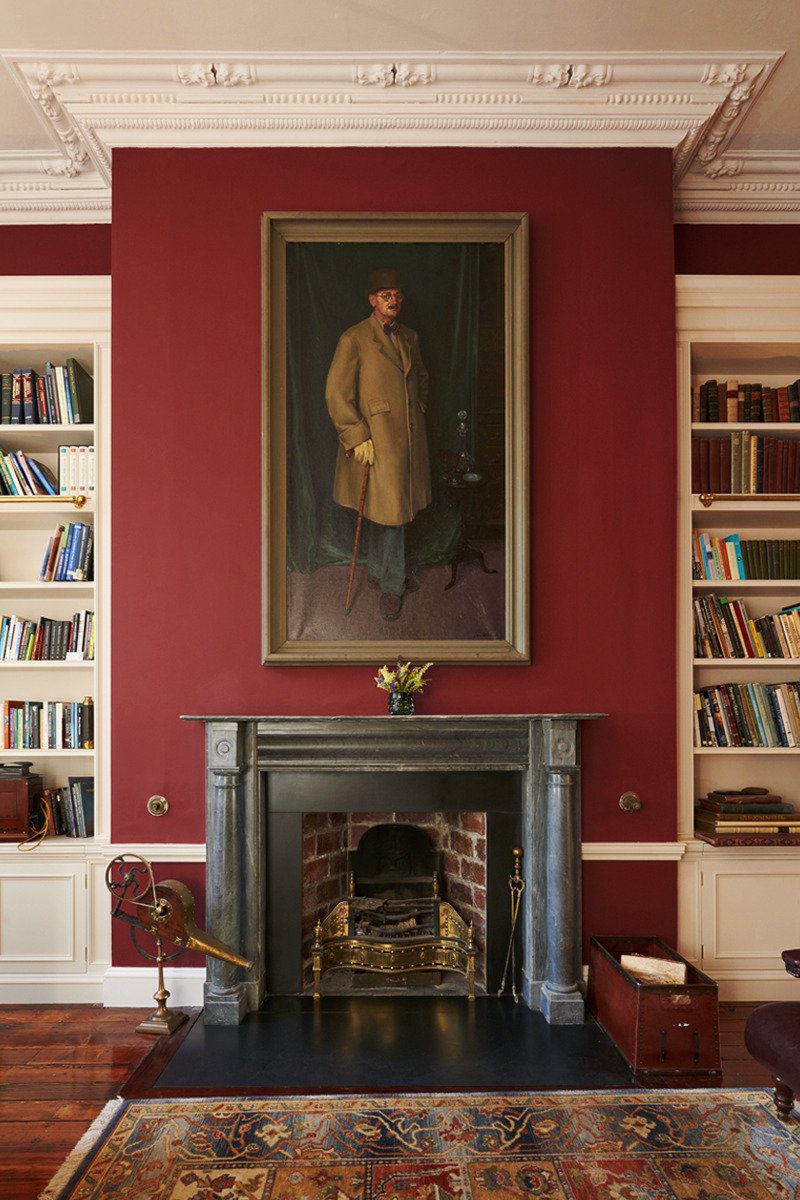 The client’s request for us to design them a Georgian library coincided with a series of visits to St Giles House in Wiltshire, the original home of the 1st Earl of Shaftesbury. The house had fallen into disrepair after the Second World War and was on the English Heritage Buildings ‘At Risk’ register until it was rescued by the 12th Earl of Shaftesbury, Nick Ashley-Cooper, in 2010. The property’s magnificent Georgian library remained untouched and was in a state of disrepair. However, its former elegance and subtle grandeur shone through, and it was this room that gave Artichoke the inspiration for the bespoke Georgian library design in Dublin. 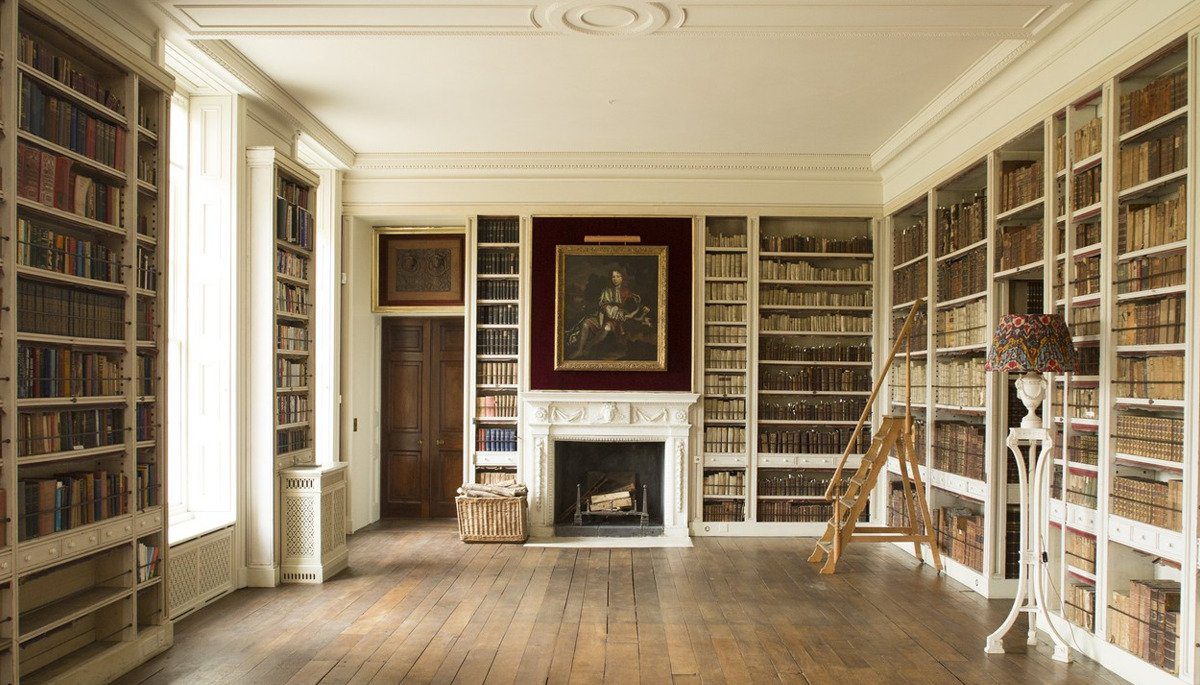 The Georgian library is flooded with light, while soft red walls and a rich colour palette deliver a more traditional library aesthetic. Different leathers and woods are mixed to give an eclectic look that feels cosy without being stuffy. A chandelier in each section of the Georgian library interior hints at grandeur, while armchairs dotted throughout invite the family and their guests to make themselves comfortable.

Perhaps most importantly, the books are presented in understated white bookcases, allowing them to be seen clearly – answering the client’s brief perfectly. We have been successful in creating a space that the family will enjoy and cherish for years to come without compromising the historic charm of the house. 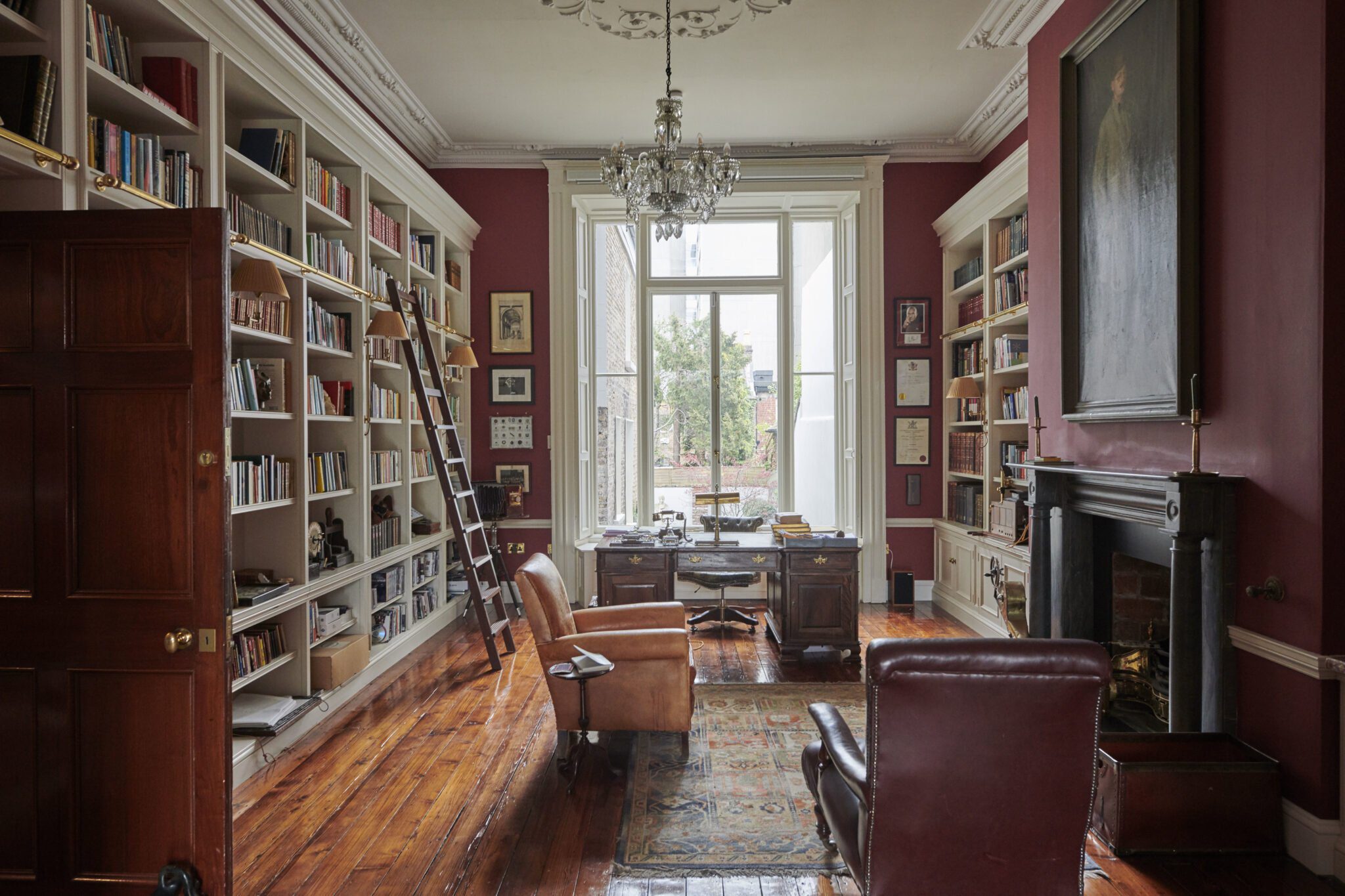 If this project convinces of the transformative potential of well considered and authentic architectural joinery, please do get in touch and tell us about your project. Email the Artichoke team at newprojects@artichoke.co.uk or call on +44 (0)1934 745270 or read more about our services.