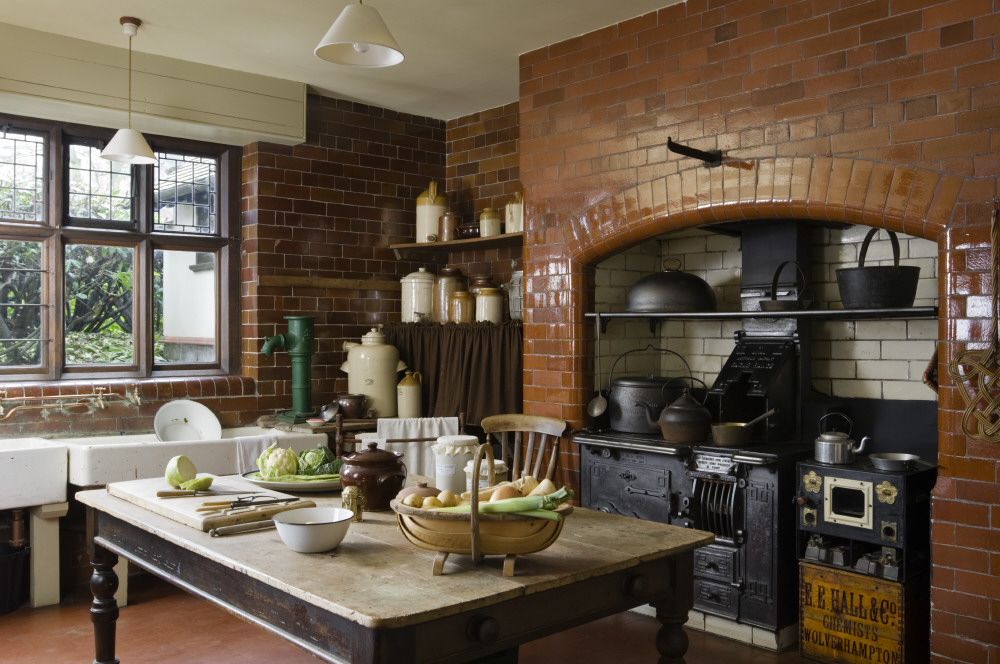 The cook’s table was a classic element of a Victorian Kitchen and in recent years we have seen a revival of its popularity in the modern home.

One characteristic of country house style is simple but solid furniture – stand alone pieces like that of a cook’s table, that are incorporated for storage and display or food preparation.

Traditionally, country house kitchens were furnished by local craftsmen who designed cook’s tables and made purposeful pieces of furniture which were handed down from generation to generation. As a result, it is common to find a mix of period styles among the furniture of a country kitchen. Similar in their practicality and durability, but with subtle variations according to the period and the budget, such pieces complement each other well.

In the ‘back of house’ quarters of grand country houses, the cook’s table was a central piece of the working kitchen. It was used for food preparation but also sometimes as a dining table for the servants.

Historically, the cook’s table was made out of pine, oak, elm and a variety of fruit woods, oiled or polished to bring out the natural graining and features of the wood. Others were colour washed, or painted using primitive paints made from locally available materials such as buttermilk and eggs mixed with earth coloured pigments. Interestingly, in the Victorian era, a number of deaths occurred as the result of a popular shade of green paint and wallpaper. Scheele’s Green, which was made using copper arsenite, fatally poisoned a number of people until the connection was later realised. Nowadays, this green pigment is produced without dangerous toxicity.

With sustainability in mind, at Artichoke we always focus on the practicality and purpose of design. It is true that while the island has become a popular feature of contemporary kitchen design, it can be obtrusive and can dominate a space. A cook’s table offers an elegant and less obtrusive alternative – just as practical but bringing a romantic aesthetic with its history and rusticity. It’s a testament to the beauty of simplicity, achieving elegance alongside functionally. 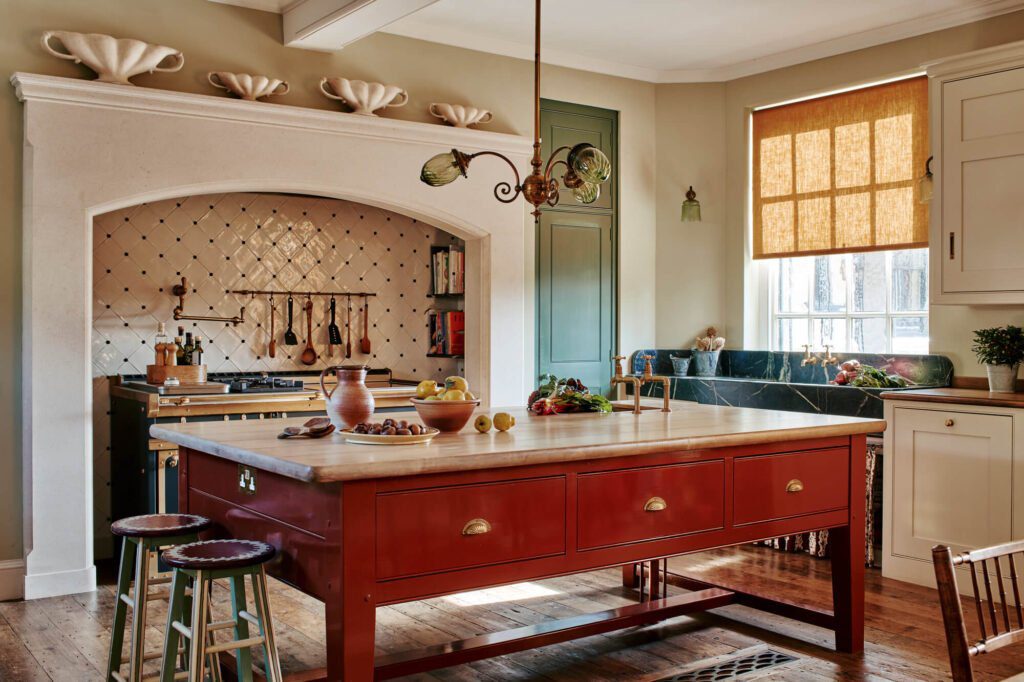 Artichoke’s wealth of experience and knowledge of period architectural detail and cabinet making affords us the specialist skills to design and integrate a traditional piece like a cook’s table into a country home. We design and curate a variety of styles in a single suite of domestic rooms to give the impression that the rooms have evolved through various owners over time. The style of the joinery, therefore, suggests the story of the house. Such specific requirements are a perfect demonstration of the truly bespoke nature of our work.

If you’d like to learn more about the transformative potential of well-considered and authentic architectural joinery, please do get in touch and tell us about your project. Email the Artichoke team at newprojects@artichoke.co.uk or call on +44 (0)1934 745270.