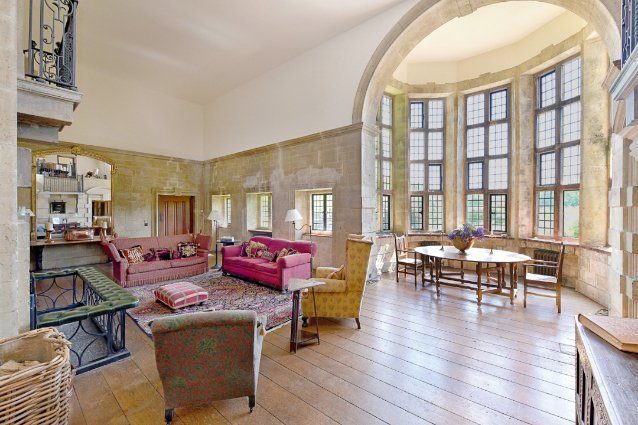 Little Thakeham, the house which Edwin Lutyens described as the ‘best of the bunch’ is for sale through Knight Frank, with a guide price of £5.5 million.

It is no secret that at Artichoke we’re a big fan of Lutyens.  We have been fortunate to have been asked to work on several of his houses including Folly Farm.  As a designer and maker of architectural joinery, to be asked to add additional layers to his original works is one of the very greatest of privileges.   A previous blog post on the architectural joinery of Lutyens can be found here.

One of the great joys of Little Thakeham is in how Lutyens combined the Tudor style with Grand Edwardian Arts and Crafts country manor style.  We call it contemporary medieval, and it’s a very hard trick to pull off.  Lutyens managed to pull it off several times in fact (he was showing off) with Castle Drogo and Lindisfarne Castle being notable examples.

The architectural design journey of Little Thakeham is not without controversy.  The client, Tom Blackburn, had made his fortune in America importing drink.  Returning with his fortune (and no doubt some drink), he commissioned the architect J Hatchard Smith to design a house which he then fell out of love with halfway through the build.  Sir Edwin Lutyens was called in for his opinion (which he gave with gusto) suggesting the half built house was pulled down and replaced with one built from local Pulborough stone.  Hatchard Smith was laid off (and paid off) and Lutyens got the job.

Quite brilliantly, Lutyens managed to sketch the entire house’s layout onto two sheets of paper on the train journey home following his first client meeting with Tom Blackburn.  He handed them to his architectural technician on his return who then drew them up.

And the Little Thakeham for sale today is the very same one sketched out on his train journey home.

As ever, do call us if you’d like to discuss a joinery design project further on +44 (0)1934 745270. For more information on the range of project management services we offer, from design, installation and finish, please click here.