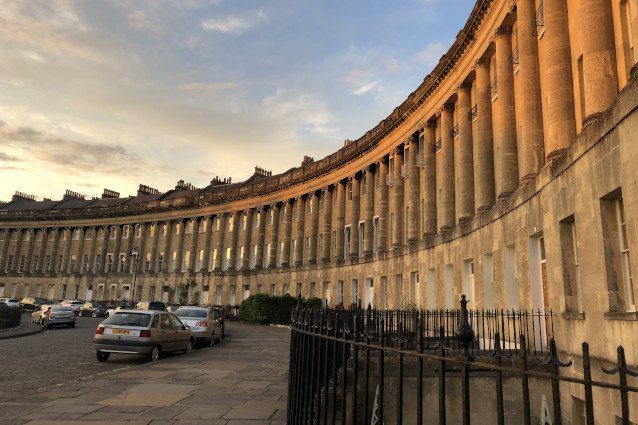 As rows of terraced houses go, The Royal Crescent in Bath sits at the pinnacle.  Sited as one of Britain’s greatest ever examples of Georgian architecture, it was designed by John Wood the younger and took seven years to build, starting in 1764.  Now one of its houses is for sale. 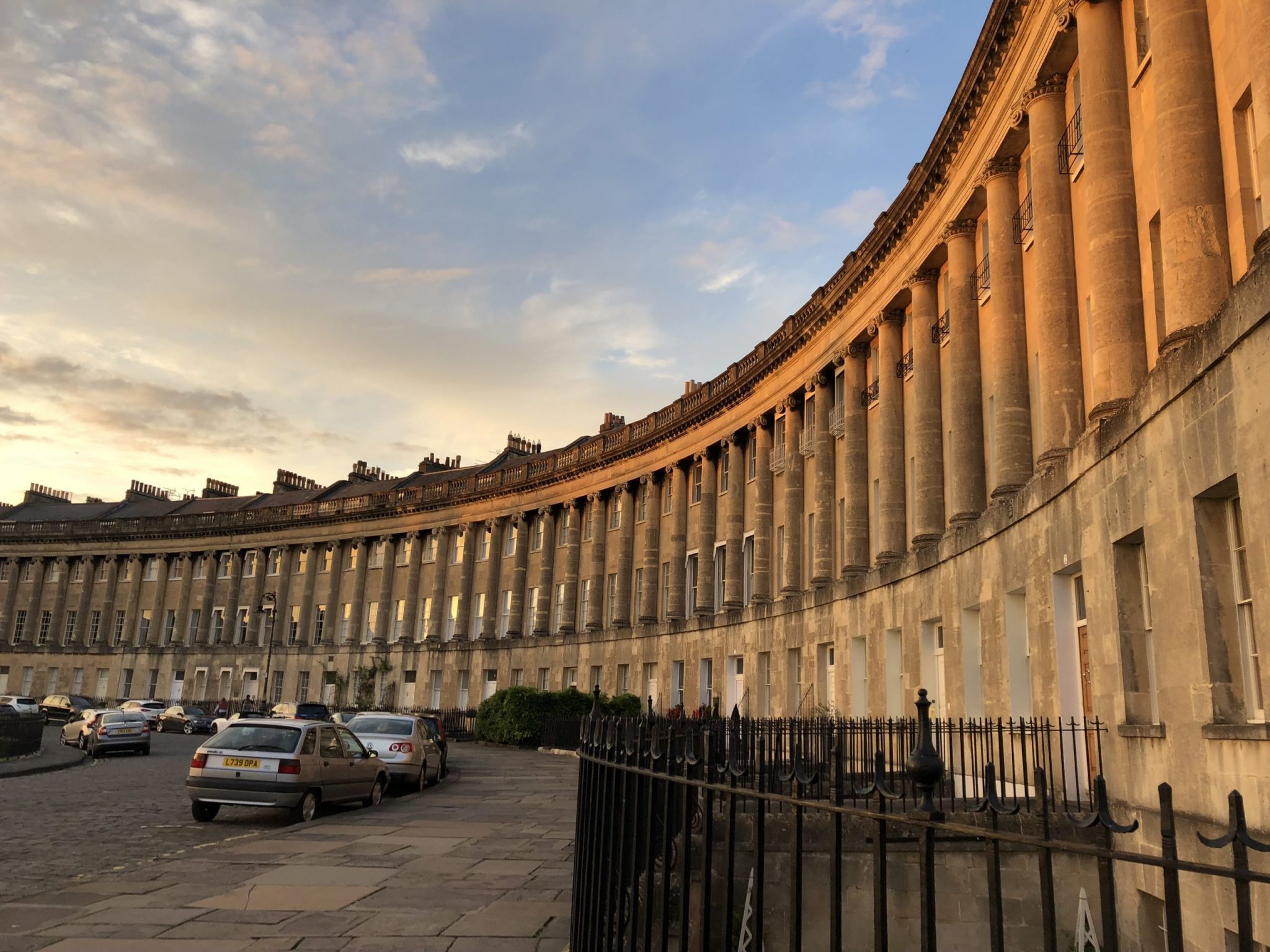 To purchase one of the 30 available houses, the original buyers were each asked to buy a length of the facade.  They then had to employ their own architect to build the house behind, so what can appear to be ordered uniformity and symmetry at the front is actually a bit of a mess behind (or ‘business at the front: party at the back’ as it was once described to me by one of the owners).  This avant-garde approach to architecture occurs repeatedly across Bath.

During the 1900s many of the houses which had once been the residences of single families with maids and other staff were divided into offices and flats.  Of the 30 original houses only 10 remain as single dwellings, so when one comes on the market it is a rare occurrence.  Number 25 The Royal Crescent is now for sale through Savills with a guide price of £6.5 million.

The Grade I listed architecture of the facade of The Royal Cresent has 114 Ionic columns which rest on a rusticated ground floor.  It was the first crescent of houses to be built in the UK and with views over parkland was also a fine example of ‘rus in urbe’ architecture, meaning ‘the country in the city’.

However, with all formality comes the desire for rebellion.  In 1971, the resident of No 22 The Royal Crescent, Miss Amabel Wellesley-Colley, took it upon herself to paint the front door of her house canary yellow (the others are all white).  In her defence, she said she was upholding tradition because canary yellow was her great grandfather, The Duke of Wellington’s favourite colour.  As you can imagine, there was uproar, and the chattering classes of Bath went apoplectic with confected outrage.  Other owners of houses on The Royal Crescent fell back on a 1968 law for listed buildings which stated that property owners could not alter the appearance of the Royal Crescent without permission.  However, they underestimated Miss Amabel, who after spending thousands of pounds and battling it out in a 6 hour long public enquiry was found in favour by the Department for the Environment.

The door remains yellow to this day.

25 The Royal Crescent Bath is for Sale through Savills.