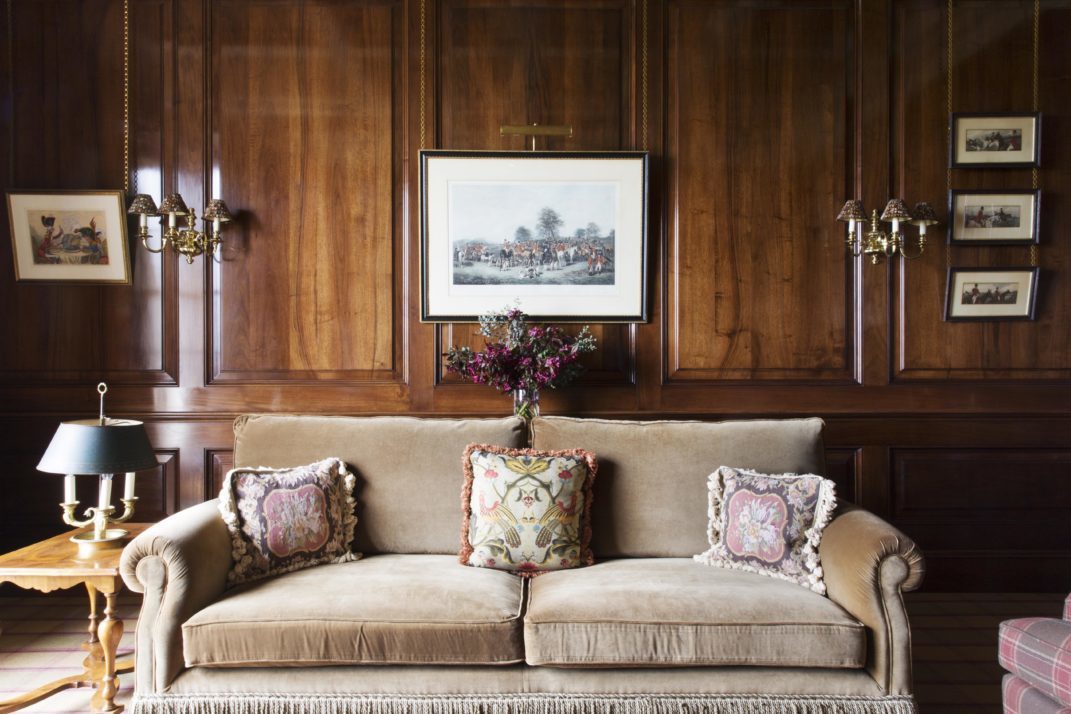 The History of Panelling

Wainscot Panelling, or Wainscoting, is a style of panelling which developed off the back of early panelling methods.

In it’s first instance, wood panelling was developed as a practicality. It provided insulation and covered up any damp that infiltrated cold stone walls. Yet, it was soon recognised as a decorative technique, adding detail and warmth to a room. In the 13th century, Henry III imported wood from Norway and used it to line rooms at Windsor Castle.  As time went on, decorative panelling turned into a fine art.

Linen-fold panelling was a decorated and embellished style that became popular in the 15th century.  Boiserie panelling, which is ornate and intricately carved, became favored in French interior design in the late 17th century. This type of panelling lined walls, doors, cupboards and shelves and great examples of this style can be found at Hampton Court Palace in Richmond.

During the English Renaissance, wood panelling became simpler in design. In grand houses, applied pilasters appeared to provide an architrave which elegantly concealed the join between panels. Applied pilasters then became a common feature of classical Georgian interior architecture, punctuating walls to emphasise window positions and bring structure to a large space.

Furthermore, during the 18th century, a new panelling style came into fruition: Wainscot panelling. Product of Danish Wainscot Oak, this panelling was charactersied by only covering the lower section of a wall, leaving a dado above. Wainscot Oak produced large, knot-free boards that were attractive and easy to work with, making it more favorable than oak grown in Britain.

Panelling in Your Home

When decorating your country home, it is always important to consider it’s period and history; this should then be a used to influence your internal architecture and decoration style. For example, in Victorian houses, it would be acceptable to have Edwardian panelling. However, it would not make stylistic sense to have Victorian panelling in an Edwardian house as the chronology would be backwards. Panelling with sunk framed squares, or rectangles, was popular in the 16th and 17th century and is particularly appropriate for restoring a country manor house. The period of a building influences it proportions both externally and internally, and such considerations are central to our design process at Artichoke.

Nowadays, it is possible to panel walls in a variety of beautiful woods from across the world. Panelling can be made to suit both traditional and modern interior decoration. If you are interested in painted panelling, a more contemporary style, then a hard wood such as Poplar can be an appropriate choice. For panelling that showcases the wood grain, Sapele or soft wood, such as European Red Wood, can be effective.  For traditional paneling styles, mahogany, walnut and oak are classic. Using stains and polishes will age and give character to any wood. In softer rooms, such as bedrooms, fabric panels can be used to add texture and grandeur. In formal rooms, adding marquetry into panels can be striking and ornate.

Wainscoting lends well to darker, smaller rooms, where full walled panelling may be too oppressive. Leaving the top section of a wall to be painted or papered, offers an opportunity for color and pattern alongside a traditional panel.

If you own a listed property, it may be appropriate to speak to your conservation officer or take advice from Historic England. In cases of preserving and renovating authentic panelling, working with a specialist is recommended.

As experts in historical architecture and period joinery, Artichoke can offer trusted, bespoke panelling design. Working closely with our suppliers, we have access to some of Worlds most beautiful timbers and veneers.

To discuss your project with Artichoke, email us at newprojects@artichoke.co.uk