There are many Victorian kitchen designs which have inspired Artichoke projects over the last 25 years, but few really hit the mark as soundly as the National Trust’s Lanhydrock house kitchen.   It is, in our view, one of the finest examples of Victorian back of house interior design and architecture in Britain.

Originally Jacobean, the house was damaged by fire in 1881 and it was given an extensive restoration in the high Victorian style.  With the UK buoyed by the successes of the industrial revolution, the newly restored magnificent country house kitchen was updated with the very latest equipment and technology for staff to cook food for the owners, their guests and other staff.

The Artichoke kitchen design team has been quietly obsessed with Lanhydrock for many years.  When the opportunity arose to share our passion and interest with a client, we jumped at it, travelling down to Cornwall with him to help explain why we felt we should take inspiration from it for his bespoke kitchen design.  Our initial visit was about capturing some of the detail which makes this kitchen so special.

In this particular Victorian kitchen design project for a country house in Hampshire, we have been more exacting than we might usually be.  Surveys were taken of moulds and copies of the Victorian handles have been made using the same lost wax cast brass method used at the time of Lanhydrock’s restoration.

The plate rack Artichoke has designed above the brass sink is decorative and will be used to both store plates as well as dry them.  Each plate rack has a bespoke pewter drip-tray base.  The main sink is made from solid brass. During the late 1800’s Victorian kitchen designs often features metal sinks, usually made from copper or nickel alloy, a corrosion-resistant and robust lightweight material capable of standing up to the rigors of a large country house kitchen environment.

A large cast iron range almost always formed the centrepiece to many Victorian kitchens.  Artichoke works regularly with Officine Gullo, a modern Italian company specialising in the design and manufacture of incredibly hard wearing cast iron kitchen ranges.  The ovens are known for their build quality and distinctive period character; they fit well into many of the country house projects Artichoke designs kitchens for.

This particular oven top features a pasta cooker, four large gas burners, a French plate (used typically for sauces) and put down.  A pot filler has been integrated into the back.

The original moulding which surrounds the recess on Lanhydrock’s kitchen is made from cast iron, which Artichoke has replicated for this bespoke kitchen 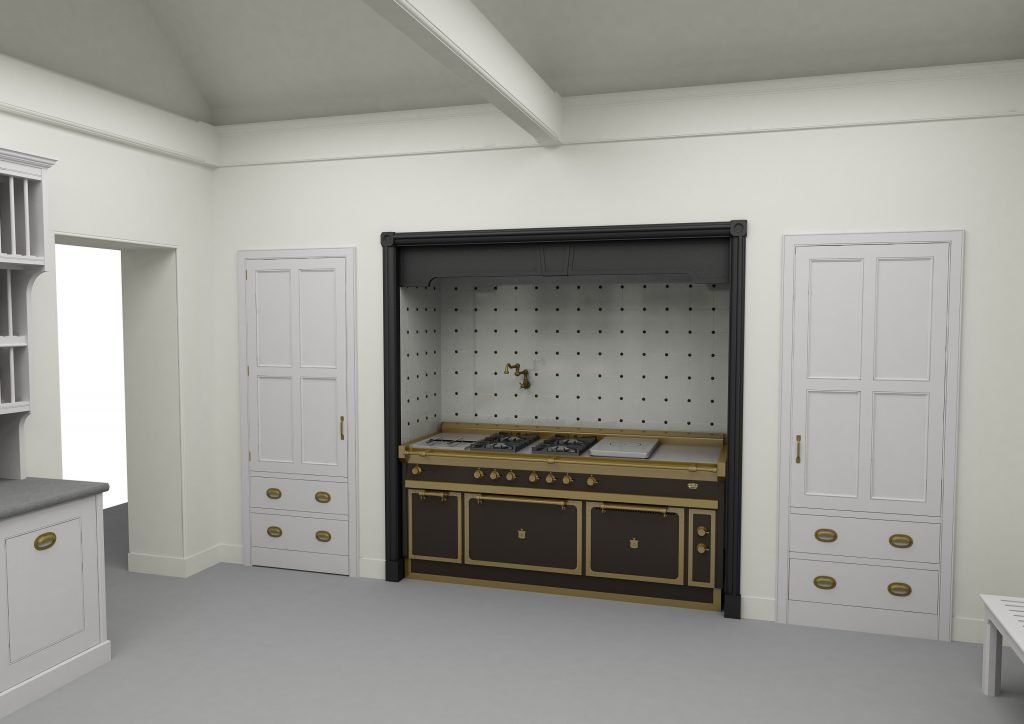 The moulding is being cast by a foundry in Somerset and is a highly involved process.  Starting with the mould frame pattern (made from timber), a reverse sand mould is made into specialist casting sand along with tapered edges to ensure it can be removed (similar to the reason children’s beach buckets have tapers on).  Poured molten pig iron is then poured into the mould and left to solidify and cool for 24 hours before it is then shot blasted and fettled.  The finished mould will be very dark grey in its natural state. 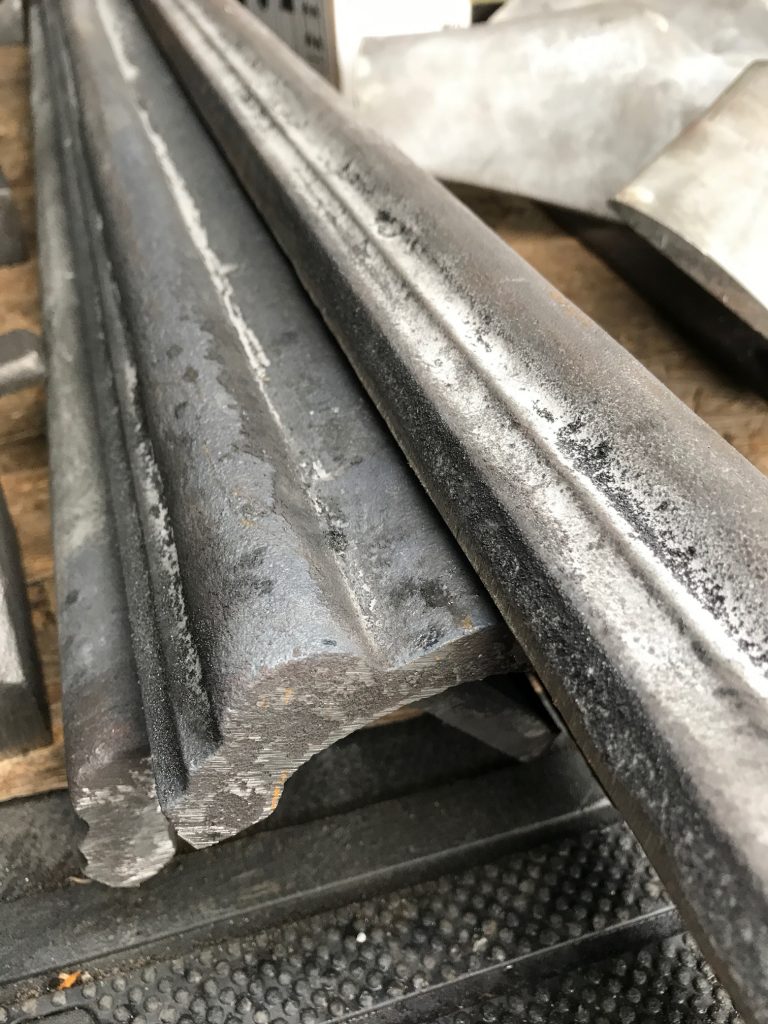 Cooling in the original Kitchen

Domestic fridges were not invented until 1913, and until that point, a host of relatively creative methods were deployed to keep food cool in large country houses. 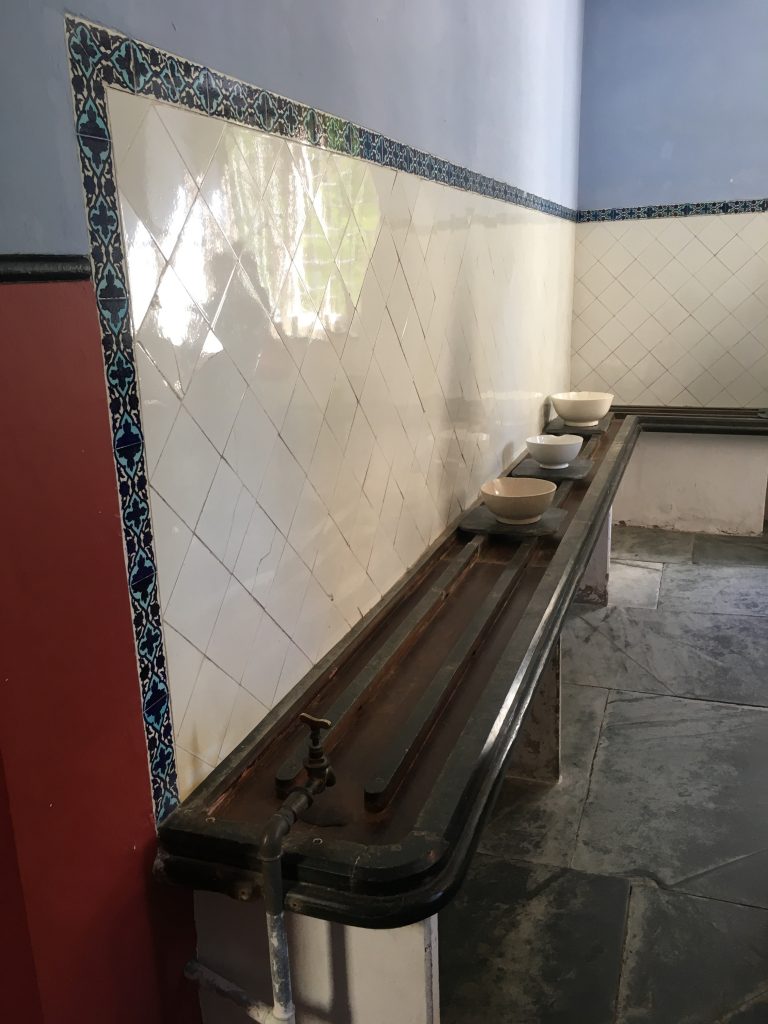 The method above, as seen in Lanhydrock’s dairy, is one such example and not one we’ve seen anywhere else.  A cold water feed distributed water (from the hills above the house) around a cast iron trench system to keep dairy products cool.  The dairy room uses both marble and slate to keep the dairy products and desserts cool. However, more modern cooling methods were decided upon for this Victorian kitchen design with a Sub Zero refrigerator being integrated into the wall next to the cast iron range oven.

During Artichoke’s numerous visits to Lanhydrock, we surveyed the handles on the cook’s table which we will be copying using the traditional method of casting them in brass.

Because Artichoke only designs one off projects, each is unique, so it is imperative to ensure the cabinet-making team is given the clearest possible information to make from.  To do this we design each component part using a specialist 3D technical drawing package.  This modern version of what used to be called ROD drawings allows us to provide our team with detailed drawings of incredible clarity, meaning that regardless of whether this is the first time the furniture has been made, they know exactly what to make it and how. 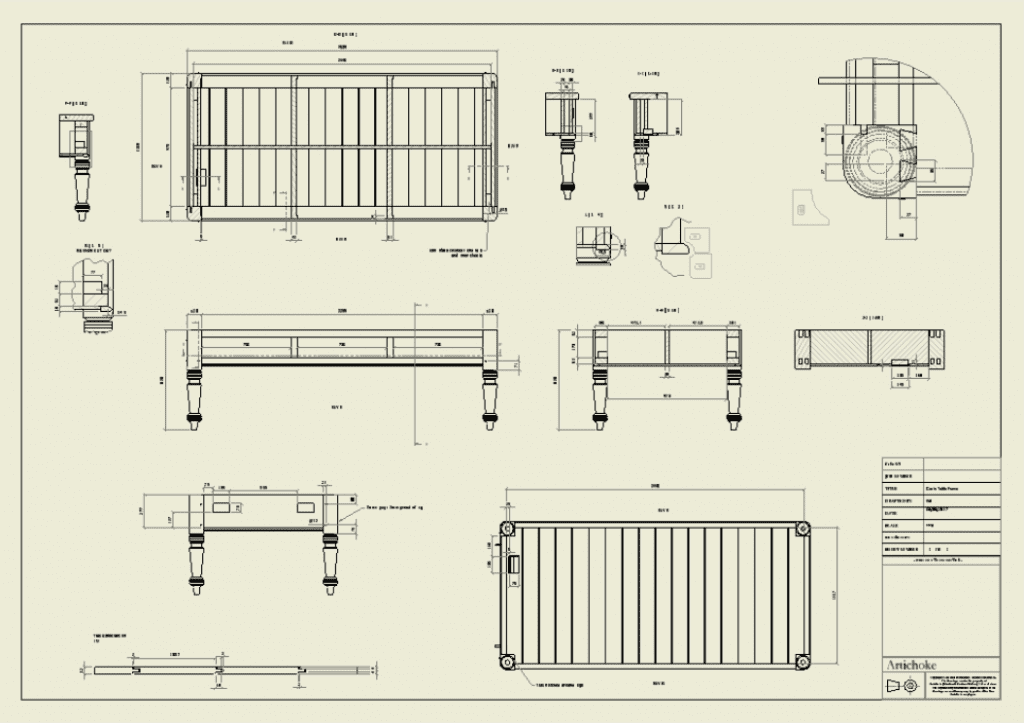 An important element of Artichoke’s cabinet-making work is the assembly phase.  It is the first time we get to see the kitchen come together.  The assembly phase allows us to fit the appliances, cut in the butt hinges and shoot in the doors and drawer fronts into their frames (“shooting in” where a cabinet makers uses a well sharpened plane to dimension a component to exactly the correct size.  Because all of our kitchens are bespoke, we are making each project for the first time, and doing this work on our premises means that we can avoid undertaking it at our clients homes, making the final installation more efficient.

Once the fully assembled kitchen has been signed off by our Production Manager, it is disassembled and prepared for finishing.

The project is ongoing and will be added to as the project progresses.  For further information, contact Artichoke on 01934 745270 or email newprojects@artichoke.co.uk